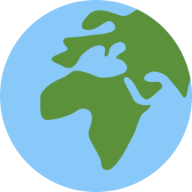 Sumer (Sumerian Ki-engir; Akkadian Shumerum), ancient country of western Asia, corresponding approximately to Babylonia of biblical times. The history of Sumer has been reconstructed solely from fragmentary writings on clay tablets and from other evidence uncovered and interpreted by modern archaeologists. Use of the name Sumer dates probably from about the beginning of the 3rd millennium BC.

During the 5th millennium BC a people known as the Ubaidians established settlements in the region known later as Sumer; these settlements gradually developed into the chief Sumerian cities, namely Adab, Eridu, Isin, Kish, Kullab, Lagash, Larsa, Nippur, and Ur. Several centuries later, as the Ubaidian settlers prospered, Semites from Syrian and Arabian deserts began to infiltrate, both as peaceful immigrants and as raiders in quest of booty. After about 3250 BC, another people migrated from its homeland, located probably northeast of Mesopotamia, and began to intermarry with the native population. The newcomers, who became known as Sumerians, spoke an agglutinative language unrelated apparently to any other known language.

In the centuries that followed the immigration of the Sumerians, the country grew rich and powerful. Art and architecture, crafts, and religious and ethical thought flourished. The Sumerian language became the prevailing speech of the land, and the people here developed the cuneiform script, a system of writing on clay. This script was to become the basic means of written communication throughout the Middle East for about 2000 years.

The first Sumerian ruler of historical record, Etana, king of Kish (flourished about 2800 BC), was described in a document written centuries later as the “man who stabilized all the lands.” Shortly after his reign ended, a king named Meskiaggasher founded a rival dynasty at Erech (Uruk), far to the south of Kish. Meskiaggasher, who won control of the region extending from the Mediterranean Sea to the Zagros Mountains, was succeeded by his son Enmerkar (flourished about 2750 BC). The latter’s reign was notable for an expedition against Aratta, a city-state far to the northeast of Mesopotamia. Enmerkar was succeeded by Lugalbanda, one of his military leaders. The exploits and conquests of Enmerkar and Lugalbanda form the subject of a cycle of epic tales constituting the most important source of information on early Sumerian history.

At the end of Lugalbanda’s reign, Enmebaragesi (flourished about 2700 BC), a king of the Etana dynasty at Kish, became the leading ruler of Sumer. His outstanding achievements included a victory over the country of Elam and the construction at Nippur of the Temple of Enlil, the leading deity of the Sumerian pantheon. Nippur gradually became the spiritual and cultural center of Sumer.

Enmebaragesi’s son Agga (probably died before 2650 BC), the last ruler of the Etana dynasty, was defeated by Mesanepada, king of Ur (fl. about 2670 BC), who founded the so-called 1st Dynasty of Ur and made Ur the capital of Sumer. Soon after the death of Mesanepada, the city of Erech achieved a position of political prominence under the leadership of Gilgamesh (flourished about 2700-2650 BC), whose deeds are celebrated in stories and legends.

Sometime before the 25th century BC the Sumerian Empire, under the leadership of Lugalanemundu of Adab (flourished about 2525-2500 BC), was extended from the Zagros to the Taurus mountains and from the Persian Gulf to the Mediterranean Sea. Subsequently the empire was ruled by Mesilim (fl. about 2500 BC), king of Kish. By the end of his reign, Sumer had begun to decline. The Sumerian city-states engaged in constant internecine struggle, exhausting their military resources. Eannatum (fl. about 2425 BC), one of the rulers of Lagash, succeeded in extending his rule throughout Sumer and some of the neighboring lands. His success, however, was short-lived. The last of his successors, Uruinimgina (fl. about 2365 BC), who was noteworthy for instituting many social reforms, was defeated by Lugalzagesi (reigned about 2370-2347 BC), the governor of the neighboring city-state of Umma. Thereafter, for about 20 years, Lugalzagesi was the most powerful ruler in the Middle East.

By the 23rd century BC the power of the Sumerians had declined to such an extent that they could no longer defend themselves against foreign invasion. The Semitic ruler Sargon I (reigned about 2335-2279 BC), called The Great, succeeded in conquering the entire country. Sargon founded a new capital, called Agade, in the far north of Sumer and made it the richest and most powerful city in the world. The people of northern Sumer and the conquering invaders, fusing gradually, became known ethnically and linguistically as Akkadians. The land of Sumer acquired the composite name Sumer and Akkad.

The Akkadian dynasty lasted about a century. During the reign of Sargon’s grandson, Naram-Sin (r. about 2255-2218 BC), the Gutians, a belligerent people from the Zagros Mountains, sacked and destroyed the city of Agade. They then subjugated and laid waste the whole of Sumer. After several generations the Sumerians threw off the Gutian yoke. The city of Lagash again achieved prominence, particularly during the reign of Gudea (circa 2144-2124 BC), an extraordinarily pious and capable governor. Because numerous statues of Gudea have been recovered, he has become the Sumerian best known to the modern world. The Sumerians achieved complete independence from the Gutians when Utuhegal, king of Erech (reigned about 2120-2112 BC), won a decisive victory later celebrated in Sumerian literature.

One of Utuhegal’s generals, Ur-Nammu (r. 2113-2095 BC), founded the 3rd Dynasty of Ur. In addition to being a successful military leader, he was also a social reformer. Ur-Nammu’s son Shulgi (r. 2095-2047 BC) was a successful soldier, a skillful diplomat, and a patron of literature. During his reign the schools and academies of the kingdom flourished. During this period a law code, which antedates that of the Babylonian king Hammurabi (see Hammurabi, Code of) by about three centuries, was drafted. The code is attributed variously to Shulgi or Ur-Nammu.

Before the beginning of the 2nd millennium BC the Amorites, Semitic nomads from the desert to the west of Sumer and Akkad, invaded the kingdom. They gradually became masters of such important cities as Isin and Larsa. The resultant widespread political disorder and confusion encouraged the Elamites to attack (circa 2004 BC) Ur and to take into captivity its last ruler, Ibbi-Sin (r. 2029-2004 BC).

During the centuries following the fall of Ur bitter intercity struggle for the control of Sumer and Akkad occurred, first between Isin and Larsa and later between Larsa and Babylon. Hammurabi of Babylon defeated Rim-Sin of Larsa (r. about 1823-1763 BC) and became the sole ruler of Sumer and Akkad. This date probably marks the end of the Sumerian state. Sumerian civilization, however, was adopted almost in its entirety by Babylonia.

Before the mid-19th century AD, the existence of the Sumerian people and language was not suspected. The first major excavations leading to the discovery of Sumer were conducted (1842-1854) at Assyrian sites such as Nineveh, Dur Sharrukin, and Calah by the French archaeologists Paul Émile Botta and Victor Place; the British archaeologists Sir Austen Henry Layard and Sir Henry Creswicke Rawlinson; and the Iraqi archaeologist Hormuzd Rassam. Thousands of tablets and inscriptions dating from the 1st millennium BC, the vast majority written in Akkadian, were uncovered. Thus, scholars assumed at first that all Mesopotamian cuneiform inscriptions were in the Akkadian language. Rawlinson and the Irish clergyman Edward Hincks made a study of the inscriptions, however, and discovered that some were in a non-Semitic language. In 1869 the French archaeologist Jules Oppert suggested that the name Sumerian, from the royal title King of Sumer and Akkad appearing in numerous inscriptions, be applied to the language.

In the late 19th century, a series of excavations was undertaken at Lagash by French archaeologists working under the direction of the Louvre and at Nippur by Americans under the auspices of the University of Pennsylvania. The French excavations at Lagash were conducted from 1877 to 1900 by Ernest de Sarzec; from 1903 to 1909 by Gaston Cros; from 1929 to 1931 by Henri de Genouillac; and from 1931 to 1933 by André Parrot. The excavations at Nippur were conducted (1889-1900) by John Punnett Peters, John Henry Haynes, and Hermann Vollrat Hilprecht. Since 1948, excavations have been conducted by archaeologists working under the direction of the University of Pennsylvania, the Oriental Institute of the University of Chicago, and the American Schools of Oriental Research (after 1957 under the sole direction of the Oriental Institute of the University of Chicago). Other Sumerian excavations have been conducted at Kish, Adab, Erech, Eridu, Eshnunna, Jemdet Nasr, Shuruppak, Tell al-Ubaid, Tutub, and Ur. The canalled city of Kish, which was situated 13 km (8 mi) east of Babylon on the Euphrates River, is known to have been one of the most important cities of Sumer. Extensive excavations since 1922 have uncovered an invaluable sequence of pottery. Archaeologists also unearthed a temple of Nebuchadnezzar II and Nabonidus (r. 556-539 BC) and the palace of Sargon of Akkad, ruins that date from the 3rd millennium BC to about 550 BC.