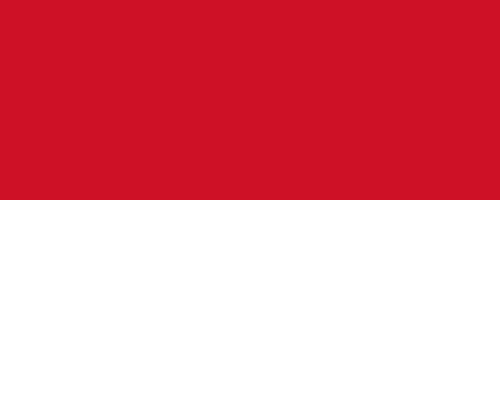 Monaco, small country in southwestern Europe. Monaco lies on the Mediterranean Sea at the foot of the Maritime Alps, forming an enclave in southeastern France. After Vatican City, Monaco is the smallest nation in the world, with a land area of just 1.95 sq km (0.75 sq mi).

Located just east of Nice on the French Riviera and near the border with Italy, Monaco is one of Europe’s most popular resort areas. Sheltered by the lower slopes of the rugged Alps, Monaco enjoys a Mediterranean climate, with hot, dry summers and mild winters. Tourism is an economic mainstay of Monaco, which is famed for its fine beaches and hotels, its casinos, and the annual Monaco Grand Prix automobile race.

Tiny Monaco is highly urbanized, making it the most densely populated nation in the world. Villas, hotels, shops, and high-rise apartments climb up the rocky hills. To meet demands for more space, Monaco has created new land by dumping rock and earth along the shore. Monaco’s small harbor provides anchorage and docking facilities for cruise ships, luxury yachts, and smaller pleasure craft.

Although independent, Monaco is closely associated with France in economic matters and foreign affairs. Princes of the Grimaldi family from Genoa have ruled Monaco for most of the last seven centuries. Today, Monaco remains a principality (a territory ruled by a prince). Under a constitution adopted in 1962, the prince shares power with an elected legislature. In 1993 Monaco became a full member of the United Nations (UN), and in 2004 it joined the Council of Europe.

Language and Religion in Monaco

Less than 20 percent of Monaco’s residents are native-born citizens, or Monégasque. Most of the residents are French, with sizable Italian, American, and British communities. French, the official language, is spoken by about half the population as a mother tongue. About 16 percent of the population speaks Monégasque, a mixture of French and Italian dialects, as a first language. Italian and English are also spoken. Monaco is overwhelmingly Roman Catholic.

Monaco is divided into four districts, or quartiers: Monaco-Ville, La Condamine, Fontvieille, and Monte Carlo. Monaco-Ville, an ancient fortified town, is the oldest district and capital of the principality. A scenic area of narrow streets, it covers a flat-topped rocky peninsula that rises 60 m (200 ft) above the Mediterranean. At the edge of the peninsula is Monaco’s royal palace, overlooking Monaco-Ville. An internationally respected Oceanographic Museum (Musée Océanographique), which contains one of Europe’s best aquariums and was once under the direction of Jacques-Yves Cousteau, is built into the peninsula’s steep face.

La Condamine, the chief port area and business district, lies at the foot of the peninsula, between Monte Carlo and Monaco-Ville. Fontvieille, an industrial and residential district west of Monte Carlo, is built largely on land reclaimed from the sea since the early 1980s.

Monte Carlo is the main residential and resort area, with its fashionable hotels, high-rise apartments, beaches, and the famed Monte Carlo Casino. Within the casino complex is the Grand Théâtre de Monte Carlo (designed by 19th century French architect Charles Garnier), an opera and ballet house, and the headquarters of the Ballets de Monte Carlo. Renowned as a glamorous playground for the wealthy, Monte Carlo hosts international fashion shows, sporting events, and is the center of the Monaco Grand Prix, a prestigious Formula One automobile racing event held annually in May. Auto racing fans also enjoy the Monte Carlo Rally, an event held every January.

Monaco is a prosperous country. Living standards are among the highest in the world. Tourism and financial services drive the economy. Each year millions of visitors flock to its beaches, four casinos, performing arts venues, boating facilities, and other attractions. In 2002 Monaco doubled the capacity of its port by installing a massive new floating dock designed to accommodate huge cruise ships.

Monaco’s strict banking secrecy laws and minimal rates of direct taxation have helped it build a profitable banking and finance sector. Citizens of Monaco pay no income tax. Low taxes have prompted many international corporations to establish offices in the principality. However, Monaco’s banking and tax policies have invited sharp criticism from the French government, which has accused the principality of allowing businesses and individuals to evade taxes and launder money in its banks and casinos.

Until 1962, Monaco refused to impose any income taxes on residents or international corporations with headquarters in the country. Wealthy tax exiles from France, among other nations, took up residence in Monaco, knowing their money was safe. Monaco’s status as a tax haven provoked a crisis with France, leading to a compromise arrangement in which noncitizens would be required to pay French income-tax rates and taxes would be levied on corporations with substantial business dealings outside Monaco.

Today, income taxes, in addition to sales taxes, have become an important source of government revenue. Monaco also generates revenue from state-controlled monopolies on the sale of tobacco and colorful postage stamps, which are popular among collectors.

In an effort to further diversify its economy, Monaco has developed some light industries, mainly in Fontvieille. They include pharmaceuticals, perfumes and cosmetics, electronic equipment, paper and cards, clothing and textiles, and plastic goods.

Monaco is in a customs union with France, an arrangement that governs the customs, postal services, telecommunications, and other economic activities. As in France, Monaco’s unit of currency is the euro, the monetary unit of the European Union (EU), although Monaco is not itself an EU member. Monaco’s economy relies heavily on migrant labor, mainly from France and Italy.

Under a constitution adopted in December 1962, the prince shares legislative authority with the National Council. The 24 members of the council are elected to 5-year terms. Only native Monégasques may vote. Naturalization, the prerogative of the prince, is limited to about 30 people a year. The leading political parties are the Union for Monaco (UNAM) and the National and Democratic Union (UND).

Archaeological evidence displayed in Monaco’s Museum of Prehistoric Anthropology indicates the presence of Stone Age settlements in Monaco. The ancient Phoenicians, a Mediterranean seafaring people, probably visited Monaco’s shores. The area was subsequently inhabited by the ancient Greeks, and later it prospered under the rule of the Romans. For much of the Middle Ages, Monaco shared the history of the region of Provence in France.

In 1297 Monaco was acquired by the house of Grimaldi, a family from Genoa. The principality was closely allied with Spain from 1524 until 1642, when it became a protectorate of France. In 1793, during the French Revolution, France seized Monaco and the Grimaldi monarchy was deposed. The Congress of Vienna in 1814 restored the Grimaldis to power, and Monaco was made a protectorate of the Kingdom of Sardinia. The Franco-Monégasque treaty signed in 1861 restored Monaco’s sovereignty. In 1865 a customs union was established between Monaco and France.

Monaco’s development as a popular resort area dates from the 1860s, when the famously baroque casino was established in Monte Carlo. Prince Albert I, who reigned from 1889 until 1922, founded the Oceanographic Museum in 1910. The princes of Monaco ruled as absolute monarchs until 1911, when Monaco adopted its first constitution. The constitution established an elected assembly to share power with the prince. In 1918 Monaco entered a treaty with France that assigned France limited responsibility for protecting Monaco. The treaty also stipulated that Monaco would lose its independence and be incorporated into France if the reigning Grimaldi prince died without leaving an heir.

In 1962 Monaco proclaimed a new, more liberal, constitution that abolished capital punishment, extended suffrage to female citizens, and created a new, more powerful assembly elected by native Monégasques. Also in 1962, serious disagreements with France over customs and taxes led to the signing of a new agreement designed to limit the principality’s status as a tax haven for wealthy foreign residents and international corporations.

Prince Albert assumed the regency in March 2005 when Rainier became too ill to perform his royal duties. He became Monaco’s reigning prince, as Albert II, following Rainier’s death on April 6, 2005.