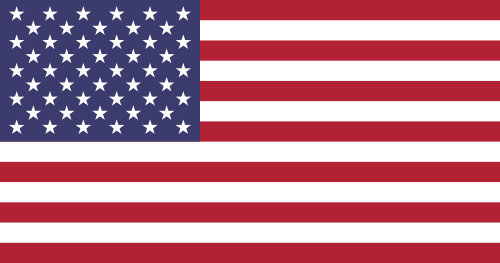 The location, climate, and geography of the Bahamas combine to make the islands a popular tourist destination. The country’s southerly latitude and proximity to the warm waters of the Gulf Stream produce a pleasant climate year-round. A wealth of beautiful beaches facing blue-green waters adds to the idyllic picture. The islands entice thousands of visitors from the United States and more distant countries each year.

The first place Christopher Columbus landed when he came to the New World in 1492 was an island of the Bahamas. Columbus claimed the island for Spain and named it San Salvador. Historians are not sure which island Columbus landed on, but they think it may have been present-day San Salvador (formerly Watling Island) or Samana Cay.

The Bahamas comprise an archipelago of about 700 islands and islets and nearly 2,400 cays (pronounced “keys”). The Biminis, the westernmost of the group, are about 97 km (about 60 mi) east of Miami, Florida. The Bahamas make up the northern end of an island chain called the West Indies that stretches through the Caribbean Sea all the way to South America.

Most of the islands in the Bahamas are low and rocky. Cat Island, the highest, rises only about 122 m (400 ft) above sea level. Many areas are covered with ponds, mangrove swamps, and forests. There are lots of cave systems both above ground and underwater. The largest islands include New Providence, Acklins, Andros, Cat, Crooked, Eleuthera, Grand Bahama, Abaco, Great Inagua, Harbour, Long, Mayaguana, and San Salvador. The total area of the country is 13,939 sq km (5,382 sq mi).

The Bahamas has a tropical climate, although rainfall is lower than in many of the other islands of the Caribbean region. The winter months are especially dry, which accounts for the islands’ popularity as a destination for winter sun-seekers. From August to November hurricanes sometimes sweep across the Bahamas. Storm surges can wash completely over many of the lower islands. Individual islands usually go several years, however, without experiencing severe weather damage.

The population of The Bahamas (2009 estimate) is 309,156. The number of tourists that visit the Bahamas each year is more than four times greater than the population of the islands. Only a few dozen of the islands are inhabited. More than half of Bahamians live on New Providence. The country’s capital, Nassau (population, 2003, 222,000), is on New Providence. The only other large town is Freeport (26,574), on Grand Bahama.

Possessing a pleasant subtropical climate and splendid beaches, the Bahamas are one of the most popular year-round resorts in the Western Hemisphere, visited in 2007 by 1.53 million tourists. Tourism plays a central role in the country’s economy and has helped make the Bahamas one of the wealthiest countries in the Caribbean region. Tourism has a downside, however. The huge numbers of visitors damage the island nation’s environment. The islands’ famous coral reefs, for example, are threatened by increased scuba diving and sport fishing. Merely brushing up against a bit of coral can kill it.

Because of favorable tax laws and secrecy for depositors, the Bahamas have also become an international banking center. Industrial activity is limited; it includes the transshipment and refining of petroleum and the production of steel pipe, pharmaceuticals, salt, rum, and shellfish. The unit of currency is the Bahamian dollar (1 Bahamian dollar equals U.S.$1; 2007).

At the time of Columbus’s landing in 1492, the Bahamas were inhabited by a group of Arawak Indians known as the Lucayans. Over the following decades, the Spanish carried off many of the original inhabitants to serve as slaves on other islands, and the native population was eventually decimated. Europeans did not establish a permanent settlement in the Bahamas until the mid-17th century.

The first permanent European inhabitants in the Bahamas were the British, who settled Eleuthera and New Providence in 1647. During its early years the settlement was repeatedly attacked by the Spanish. The islands were later the stronghold of buccaneers and pirates, notably the infamous Blackbeard. The Bahamas were ruled by the proprietary governors of the British colony of Carolina from 1670 to 1717, when the British crown assumed direct control of civilian and military affairs.

In 1776, during the American Revolution, Nassau was held for a short time by American naval forces. After the revolution the islands became a refuge for American colonists loyal to Britain. Descendants of African slaves imported by the loyalists now account for more than three-quarters of the population. Spain held the islands in 1782 and 1783; they became a British colony in 1787. After slavery was abolished in 1833, both the economy and the population declined. An epidemic of cholera in the middle of the century further reduced the population. Prosperity returned temporarily during the American Civil War (1861-1865), when the islands became a station for Confederate blockade-runners, and again during Prohibition (1920-1933), when rum-runners found them a convenient base. More recently, drug smugglers have used the islands as a base just as the pirates of previous centuries did.

In 1964 Britain granted the Bahamas internal autonomy. Some friction thereafter developed between white- and black-dominated political parties until the black Progressive Liberal Party (PLP) won control of the government in general elections in 1967. Its leader, Lynden O. Pindling, then became prime minister. Independence was achieved on July 10, 1973.

Pindling held power throughout the 1970s and 1980s, but chronic unemployment and allegations of government corruption and drug trafficking eventually eroded his support. In 1992 the Free National Movement won parliamentary elections, and Hubert Ingraham became prime minister. Ingraham and his party were reelected in 1997, but the PLP regained control in 2002 with Perry Christie as prime minister.