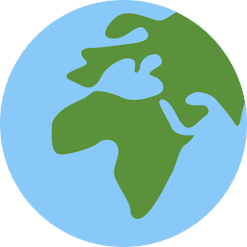 Moab, ancient country on the hill plateau east of the Dead Sea, in what is now Jordan. The Moabites were closely related to the Hebrews and were subject to Israel during the reigns of David and Solomon (11th century BC to 10th century BCbc). They later regained their independence but were temporarily reconquered by Omri, king of Israel (reigned 876-869 BC). Moab, like neighboring Judah, became tributary to Assyria in the 8th century BC and was conquered by the Babylonians in the 6th century BC. After that the Moabites ceased to exist as a separate people. The Moabites are frequently mentioned in the Bible. King Solomon built an altar to their god Chemosh in Jerusalem. Ruth, the central figure of the Book of Ruth, was a Moabite and, according to that book, and to the Gospel according to Matthew, the great grandmother of King David.

The Moabite stone, a block of black basalt found near Dibon, Jordan, in 1868, bears an inscription in the Moabite language from about 850 BC, describing a 9th-century-BC victory of King Mesha of Moab over the Israelites. The stone is now in the Louvre in Paris.