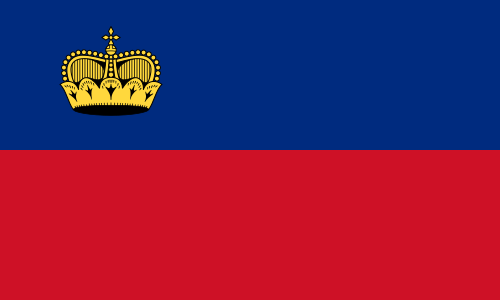 Roughly triangular in shape, Liechtenstein is a picturesque country that occupies a part of the Rhine River Valley in the Alps. The tiny landlocked nation is nestled between Austria on the north and east and Switzerland on the west and south. Its entire western border with Switzerland is formed by the Rhine. The river valley is narrow in the mountainous south, but it widens to form fertile lowlands in the north.

Until the mid-20th century, Liechtenstein was largely a nation of farmers. Today it is a prosperous, industrialized country with a vigorous financial services sector. Liechtenstein’s low taxes and relaxed corporate governance rules have encouraged more than 75,000 business entities to establish offices in the country. Liechtenstein’s numerous banks provide financial services for foreign entities. Liechtenstein is world-famous for its decorative postage stamps, which are prized by tourists and provide an important source of national income.

LAND AND RESOURCES OF LIECHTENSTEIN

Liechtenstein measures about 25 km (16 mi) from north to south and about 6 km (3.7 mi) from east to west. The northern and western parts of Liechtenstein lie in a broad floodplain formed by the Rhine River Valley. In the east are foothills of the Alps, which rise in the south to peaks of more than 2,400 m (more than 8,000 ft) above sea level. The Grauspitze, in the far southeast, is Liechtenstein’s loftiest point, climbing to a height of 2,599 m (8,527 ft).

The Rhine, which forms the western border, drains the greater part of the country. The Samina River is the principal stream of the mountain region.

Despite its elevated, continental location, Liechtenstein has a mild climate. Average temperatures range from -1°C (30°F) in January to 21°C (70°F) in July. Rain and snow are plentiful, with average annual precipitation of about 100 cm (about 40 in). A warm, dry wind that blows from the south, known locally as the foehn, keeps winters mild and relatively brief.

The population of Liechtenstein (2009 estimate) is 34,761, with an overall density of 216 persons per sq km (559 per sq mi). Liechtenstein is overwhelmingly rural, with 79 percent of the population living in the countryside in 2003. The principality contains no large cities.

The capital of Liechtenstein is Vaduz (population, 2006, 5,050), a town situated along the banks of the Rhine in the west central part of the country. Vaduz is home to the State Art Museum, which displays some of the art collected by Liechtenstein’s princes over the centuries. The museum’s rich collection includes works by masters such as Rembrandt, Sandro Botticelli, and Pieter Bruegel the Elder. Also located in Vaduz is the Postage Stamp Museum, which showcases the hundreds of colorful stamps issued by the principality. The castle of the prince of Liechtenstein stands on a bluff high above the town.

Language and Religion in Liechtenstein

German is the official language of Liechtenstein, but a dialect of German called Alamannic is commonly spoken. Walser, a Germanic language from Switzerland, is the mother tongue for a small community in Liechtenstein. Approximately 74 percent of the population is Roman Catholic and about 8 percent is Protestant.

Primary and secondary education is free in Liechtenstein. Schooling is compulsory for 9 years and begins when children reach seven years of age. Liechtenstein has several institutions offering further education in art, music, philosophy, and technology, but there is no university in the principality. Many students pursue university studies in Austria or Switzerland.

Liechtenstein is highly industrialized and maintains a very low unemployment rate compared to most other countries of Europe. Farming was the most important economic activity in Liechtenstein until World War II. Since that time, Liechtenstein’s economy has industrialized and diversified at an extraordinarily rapid pace. Today, Liechtensteiners enjoy a highly modern infrastructure, generous social welfare benefits, and a gross domestic product (GDP) per capita that ranks among the world’s highest.

In recent decades, farms have grown larger and more efficient than they were in the past. Today, less than 2 percent of the labor force is engaged in agriculture. The principal crops are corn, potatoes, barley, wheat, and vegetables. Grapes are grown for wine production. Cattle and sheep are raised for meat and dairy products.

Liechtenstein has few raw materials and must import more than 90 percent of its energy sources. Consequently, Liechtenstein has no heavy industry. Instead, the principality has developed a number of efficient, small-scale industries that manufacture specialized goods such as false teeth and dental supplies, pharmaceuticals, precision instruments, furniture, food products, and ceramics. With a very small domestic market, Liechtenstein’s industry is strongly export-oriented.

Apart from its diversified industrial base, Liechtenstein derives substantial income from a strong services sector. Financial services are the most important. Due to loose incorporation rules and low business taxes, tens of thousands of international firms maintain offices in Liechtenstein. Business levies account for about one-fifth of the principality’s revenue. Banking and insurance, tourism, and the sale of postage stamps also generate significant revenues.

Until recently, Liechtenstein maintained a tradition of strict banking secrecy, permitting the country to build a profitable banking sector. In 2000, however, reports issued by the Group of Eight (G8) and the Organization for Economic Cooperation and Development (OECD) accused Liechtenstein of permitting people to use its banks to conceal illicitly acquired funds. Liechtenstein responded to the criticism by reforming its secrecy laws. Anonymous, numbered bank accounts were no longer issued. In 2002 the OECD failed to persuade Liechtenstein to sign an international agreement aimed at curbing tax evasion. However, in December 2008 Liechtenstein agreed to adopt the OECD standards on tax evasion curbs. The agreement was to go into force in 2010.

Currency and Trade in Liechtenstein

Communications and Transportation in Liechtenstein

Liechtenstein is a constitutional monarchy governed by a hereditary prince, who serves as head of state. Legislative power is exercised by the unicameral (single-chamber) parliament called the Landtag, made up of 25 members elected to four-year terms by universal adult suffrage. On the recommendation of parliament, the prince appoints a chief of government (prime minister) and four councilors who form the government. Since 1919, Switzerland has represented Liechtenstein diplomatically.

Liechtenstein’s constitution was adopted in 1921 and amended several times, including major revisions in 2003. The amendments of 2003, which were decisively passed by popular referendum, significantly expanded the executive authority of the ruling prince. The prince’s substantial powers already included the right to dismiss the Landtag and to call early elections. However, after several disagreements between the prince and the Landtag over the extent of his powers, the prince sought to formally expand his authority via a referendum amending the constitution, and he threatened to leave the principality in the event the referendum failed.

Among other powers, the constitutional reforms gave the prince the authority to dismiss any government (or individual councilors) that did not have his confidence and to appoint an interim government to preside until scheduled elections; to veto legislation by refusing to sign bills within a six-month period; to cast the deciding vote in naming Liechtenstein’s judges; and to rule by emergency decree for up to six months. In a clause that could be used to curb the prince’s powers, however, the revised constitution allows citizens to force a referendum on any issue (including the future of the monarchy itself) by collecting the signatures of 1,500 citizens.

When the Habsburg monarchy was abolished after World War I (1914-1918), Liechtenstein developed close connections with neutral Switzerland. In 1919, Liechtenstein gave Switzerland authority over its diplomatic relations. It adopted the Swiss currency in 1921 and in 1924 joined with Switzerland in a customs union.

Prince Franz Joseph II, who became Liechtenstein’s monarch in 1938, yielded executive authority in 1984 to his son and heir, Crown Prince Hans Adam II. Hans Adam succeeded his father in 1989. Also in 1984, a referendum granted women the right to vote in national elections for the first time. However, women were still excluded from voting in three of Liechtenstein’s 11 communes until 1986, when women finally gained full voting rights throughout the principality.

In February 1993 Markus Buechel of the Progressive Citizens’ Party was elected prime minister. Buechel inherited a coalition government—made up of his own party and the Fatherland Union—that had ruled the country since 1938. In September, the parliament passed a no-confidence vote against Buechel, accusing him of refusing to work with other members of the government. Prince Hans Adam dissolved parliament and called new elections the following month. Mario Frick of the Fatherland Union was elected prime minister.

Frick was returned to office in April 1997. Shortly after the elections the Progressive Citizens’ Party announced it would leave the coalition with Frick’s Fatherland Union to become an official opposition party. For the first time in nearly 60 years, the two parties declined to govern together in a coalition. The Progressive Citizens’ Party defeated the Fatherland Union in parliamentary elections in 2001, and the party’s leader, Otmar Hasler, succeeded Frick as prime minister.

In March 2003 voters overwhelmingly approved a referendum that amended Liechtenstein’s constitution and dramatically expanded the ruling prince’s powers. Prince Hans Adam, who had long complained of being a ceremonial prince, had sought the constitutional revisions since the early 1990s. Hans Adam threatened to leave the principality for Vienna, Austria, if the referendum failed to pass. Opponents of the revisions, including Frick, called the measures undemocratic and argued that the prince’s great wealth and extensive business interests would lead to conflicts of interest. An expert commission established by the Council of Europe concluded that the amendments would be a “serious step backward” for Liechtenstein and could lead to the principality’s isolation within Europe.

After the referendum passed, Prince Hans Adam announced that he would begin handing over his royal duties to his son, Prince Alois, the heir to the monarchy. In August 2004 Prince Alois assumed control over day-to-day governing powers in Liechtenstein. Hans Adam remained head of state.